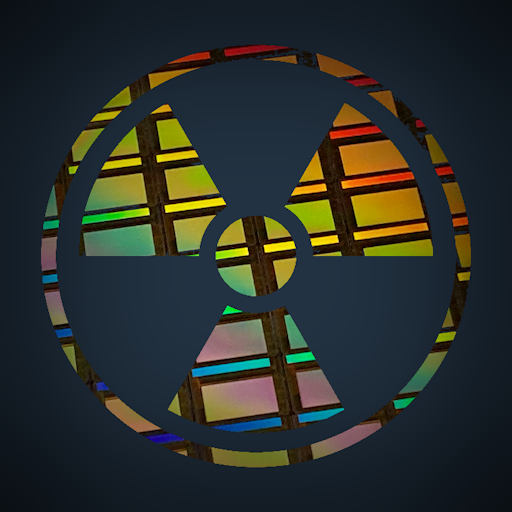 As a commercial off-the-shelf product, the Oxygen digital readout IC (DROIC) is intended for use in a broad range of infrared imaging applications. Although the Oxygen RD0092 was not designed specifically for use in high-radiation environments, there is interest in using it in a focal plane array for an infrared camera that can be used in nuclear facilities. Nuclear reactor, accelerator and harvesting facilities use such cameras for remote monitoring purposes.

Because all CMOS products succumb to the effects of radiation sooner or later, developers of such cameras often take the approach of up-screening. A typical commercial camera would be expected to operate for only a few weeks in such a radiation environment, but the use of up-screened components in the camera may extend its use for a few years. Up-screening is the practice of testing commercial products under radiation conditions to measure their performance and so establish a degree of confidence that they can be operated under known radiation conditions. This is a very common approach to identifying products that can be used in radiation environments, and in fact, many of the ICs that are used in orbit today are actually up-screened commercial off-the-shelf (COTS) devices.

A modest sample of Oxygen RD0092 DROICs were irradiated at the Fermi National Accelerator Laboratory (FNAL) in November, 2020. Until the Large Hadron Collider was constructed outside of Geneva in 2008, Fermilab's Tevatron was the most powerful particle accelerator in the world. Prior to the exposure, the DROICs had been tested and mounted on chip-on-board (COB) assemblies for ease of use. 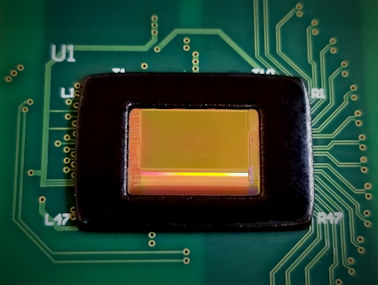 The Oxygen dies were then exposed to a neutron flux of >1e9 n/cm2/s (up to 2e9 n/cm2/s) at an energy up to 66 MeV for a period of two hours, generated by the FNAL accelerator. The neutron energy was delivered in a continuous spectrum with a cut-off at 66 MeV. The average flux was 1e9 n/cm2/s, with a maximum of 2e9 n/cm2/s. The spectral distribution of the neutron energy is shown in the chart that plots Neutron/Incident Proton energy against Neutron energy. To irradiate the ICs with the maximum dose possible they were placed inside the cavity where the collimator, that produces parallel beams of radiation, is located.

After a 'cool-down' period of a few weeks, the devices were re-tested at Senseeker's facility in Santa Barbara to observe any effects that may have occurred due to displacement damage. We were delighted to find that not a single pixel was 'lost' and all of the samples were fully functional. Each Oxygen DROIC has an array size of 1280 x 720 pixels - that is 921,600 pixels per device. Although the post-radiation leakage characteristics were slightly elevated, they were still within product specifications.

We should point out that the Oxygen DROIC was not designed to be operated in conditions of radiation and we are by no means claiming that it is an optimized solution for use in radiation environments. We are simply pleased to note that a limited sample size of chips showed very promising neutron radiation up-screening test results. Our takeaway is that the neutron testing activity appears to indicate that the circuit design and IC fabrication process implementation of Oxygen are pleasingly robust.

We would like to acknowledge EPIR Technologies for sharing radiation test data and images, along with the Office of Nuclear Physics in the Department of Energy, as sponsor of the effort.